PLEASE NOTE: This blog has now moved.
As of 7/11/15 all new posts will appear on https://blogs.canterbury.ac.uk/discursive/
and comments on this site are closed. 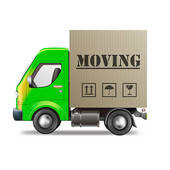 Please note that we've now moved Discursive of Tunbridge Wells to our university servers. All old articles and comments have been taken over too so the archive will still be available. Our new home is

We won't be posting on this site any more and comments are now closed. Please update your bookmarks accordingly.

We've already started posting on the new site with a piece by on the recent campaign for equality for mental health.

Thanks to everyone who has followed us here.

The Editors
Posted by CCCU Applied Psychology at 14:22 No comments:

As those who check in regularly with this blog know we do occasionally manage a bit of culture (films and books), when it’s related to psychology and mental health. It’s a great pleasure therefore, not only be able to talk about a new novel that goes into both areas, but to interview the author.

Beth Miller is a novelist who used to be a psychologist (she's got a doctorate that doesn't make it to her book covers). Her most recent novel The Good Neighbour is part domestic drama, part psychological thriller, part exploration of some scary places in the human psyche. It starts in a nice street, in a nice town (Hove, actually), with nice neighbours. We initially see this through the eyes of Minette, a rather bored stay-at-home mum, who makes friends with Cath: older, feistier and coping incredibly with her son Davey’s illness. Under Cath’s spirited influence Minette also becomes a different sort of friendly with the hunky fellow down the road.
Read more »
Posted by CCCU Applied Psychology at 12:48 1 comment:

Going beyond the norm

I’ve been a bit itinerant this year. The response to Understanding Psychosis and Schizophrenia, the report I edited for the British Psychological Society, has been amazing and I’ve been invited to speak about it in Washington, New York, Seville, Dublin and most recently Milan. So it was great to get an invitation to do something nearer home last month, in our local town of Tunbridge Wells.  I was part of a panel at the annual Critical Voices event. Critical Voices? To tell the truth I wasn’t totally clear about it either. It describes itself like this:

‘The space of medicine, health and wellbeing is one we all inhabit. It is at once complex, often highly technical and grounded in power, politics and debate. It is a space where we have made life changing advances. Yet it is also where we are at our most vulnerable, where our most intimate times of birth, illness, treatment, life and death are played out. Critical in every sense.  Critical Voices provides an opportunity for conversations that explore the voices in this space as we strive to bring together doctors, surgeons, psychologists, patients, carers, campaigners, researchers and academics - intertwined with the expressive insights from film, music, poetry and literature.’

As you might expect, it was a mighty interesting day.  I did a ten minute double-act with my friend and colleague Peter Kinderman, talking about our vision for the future of psychological health care when we stop dividing people into ‘normal’ and ‘mentally ill’. A video of the event is embeded below or you can watch it on Youtube here.

Posted by CCCU Applied Psychology at 10:15 No comments:

In the aftermath of the election Maggie Gibbons muses on loss, acceptance and mindfulness without navel gazing

I initially wrote this blog for https://dayinthelifemh.org.uk/, a project which clusters together the experiences of people with mental health difficulties during four ordinary days over a year. I wrote this for 10 May 2015, sent it to a few people and it seemed to resonate. So I’ve decided to share it more widely, with a few tweaks. It is, I stress, a very personal take.

I’m tired after weeks of hard work. I stood as an election candidate locally and shared others’ sense of shock, anger and bewilderment at the scale of Labour’s defeat. Coincidentally, it’s also the day before Mental Health Awareness Week. This year the theme is mindfulness. There’s an interesting debate going on in Buddhist, mental health and other circles about the ‘McDonaldisation’ of mindfulness – is it becoming detached from its origins in Buddhist teachings and practice, sold as a panacea for wider social ills and discontents, exploited for commercial gain, a way of keeping workers compliant? And so I have been thinking politics, hearts and minds all day.
Read more »
Posted by CCCU Applied Psychology at 16:00 No comments:

Cognitive impairment and voting: the capacity to be heard

The upcoming election is an opportunity for the population to have their say in the future running of the country. We live in a democracy and the right to vote feels fundamental. But two thirds of all people in the UK with learning disabilities do not vote. Many may not even know that they are entitled to a vote. UK-based statistics are not available but research suggests that for individuals who have cognitive impairments of other causes (e.g dementia, brain injury), voting rates may be similarly low.

Though there are many jokes about the intellectual functioning of the average voter abound in the run-up to an election, the reality is that voting eligibility is not determined by intellectual ability. It appears though that this is not common knowledge. Many health and social care professionals (see here and here) are not fully aware that their clients are actually allowed to vote.  The presence of a cognitive impairment may make the process of voting challenging, but is this really sufficient reason to not support people from doing so? Assumptions about whether someone can and should vote may be informed by the ideas around their mental capacity.
Read more »
Posted by CCCU Applied Psychology at 17:32 No comments:

Me, my brain and baked beans

Today, in the first in an occasional series of longer form pieces, Peter Kinderman reflects on the interaction between his genetic inheritance and his personal experience, and considers what they mean for his own mental health.

My wife once came with me on a Saturday morning visit to a psychiatric hospital. I was collecting data for my PhD, and she met me in the car park of a large psychiatric hospital after I’d conducted my interviews.  As I drove away, she stroked the back of my hand and suggested that I could relax my knuckle-whitening grip on the steering wheel. I really didn’t like leaving the residents behind. I wanted to rescue them.
Read more »
Posted by CCCU Applied Psychology at 16:47 4 comments:

It’s just over a month until the UK general election and many Brits seem to have lost trust in their traditional politicos. Whether it’s the UK Independence Party (UKIP) scapegoating the European Union and immigrants, a rise in nationalism (the Scottish National party), or  Russell Brand’s teenage anarchism, faith in facile, and sometimes ugly, solutions is on the march.  It’s a huge relief, therefore, to hear that the editors of the DSM (the main reference book for psychiatric classification), are considering a new category of disorder to cover this condition. Clearly many critical things have been said about the burgeoning amount of psychiatric diagnosis, here and elsewhere. However, I’ve just looked at the DSM draft entry (reproduced below), and think that this time, the American Psychiatric Association might really be onto something. In fact, all I can say is bring it on.
Read more »
Posted by CCCU Applied Psychology at 09:51 6 comments:

Can robots help care for us as we age?

In fifteen years there will 50% more over 65s than there are today, and the proportion of older people in our society will continue to grow for some time after that.  The 2013 House of Lords report Ready for Ageing?   looked at the likely consequences of this on-going demographic shift and stated the problem plainly: “The UK population is ageing rapidly, but the Government and our society are woefully underprepared”.

On 5th March politicians from all parties will appear at an event in London, organised by the Guardian newspaper, to explain their policies for addressing the ageing challenge.  I hope they offer some ambitious proposals: the status quo is not an option.
Read more »
Posted by CCCU Applied Psychology at 09:03 6 comments:

The British Psychological Society’s report ‘Understanding Psychosis and Schizophrenia’ has challenged many commonly held beliefs about serious mental health problems. While the report has been widely welcomed, it has also prompted questions, particularly focusing on the report’s key recommendation that we move beyond seeing distress as a symptom of disease:

‘services should not insist that people accept any one framework of understanding, for example the idea that their problems are symptoms of an underlying illness’.

This issue has been addressed on this site on a number of occasions and it’s clearly one that arouses strong feelings. The disease-model of modern psychiatry views emotional distress as the result of illnesses or disorders. Treating such problems in this way, as healthcare issues, is often seen as essential for ensuring that people get the help they need, and vital in avoiding inappropriate treatment.  In particular, some colleagues have suggested that viewing people as ‘mentally ill’ prevents them being blamed for actions for which they are not responsible. Rather than being seen as bad you can be mad (or more accurately sick) and more likely to be treated rather than simply punished.  Removing this protection (the argument continues) may even result in people being sent to prison inappropriately. These are clearly serious concerns and deserve careful consideration.
Read more »
Posted by CCCU Applied Psychology at 13:51 16 comments:

The allure of the new

As human beings, we are attuned to notice the special or different. We also tend to like simple answers to complex questions. Perhaps they make us feel more in control of the complicated environments we find ourselves in. I wondered about this during a recent trawl for ‘depression cures’ on news websites. Suggestions included 9-stone weight loss, magic mushrooms (complete with obligatory 3D brain picture to enhance credibility), laughing gas and ketamine. It seems that we are on the lookout for simple-sounding and miraculous cures for our ailments. After all, the prospect that things can be fixed ever faster and with less effort sounds great. With a bias towards the novel and apparently miraculous, I wonder how we can appraise new, glamorous or cutting edge treatments? Can we judge such shiny new arrivals fairly?

A short battery of cognitive tasks for the assessment of acquired brain injury and other neurological disorders. Published by Hogrefe. Click the picture for more details.

About the Salomons Centre

CCCU Applied Psychology
The Salomons Centre for Applied Psychology in Tunbridge Wells, England. We are part of the Canterbury Christ church University Department of Psychology, Politics and Sociology. We run training courses in Clinical Psychology and CBT and also practice improvement programmes for child and adolescent mental health services. On this site staff and trainees in the Department write about a wide range of issues related to applied psychology, psychological therapies, policy and health service development.

The views expressed in this blog are personal to each author and do not necessarily reflect the position of the Department or of Canterbury Christ Church University.